So after accompanying my lovely daughter, Ella, to the wedding of Princess Eugenie to Jack Brooksbank on Friday  (ok, we were not in the Chapel, but we were two of the privileged ones to be standing in the precinct of the Chapel, and hey, we were on the front row!) we reflect. 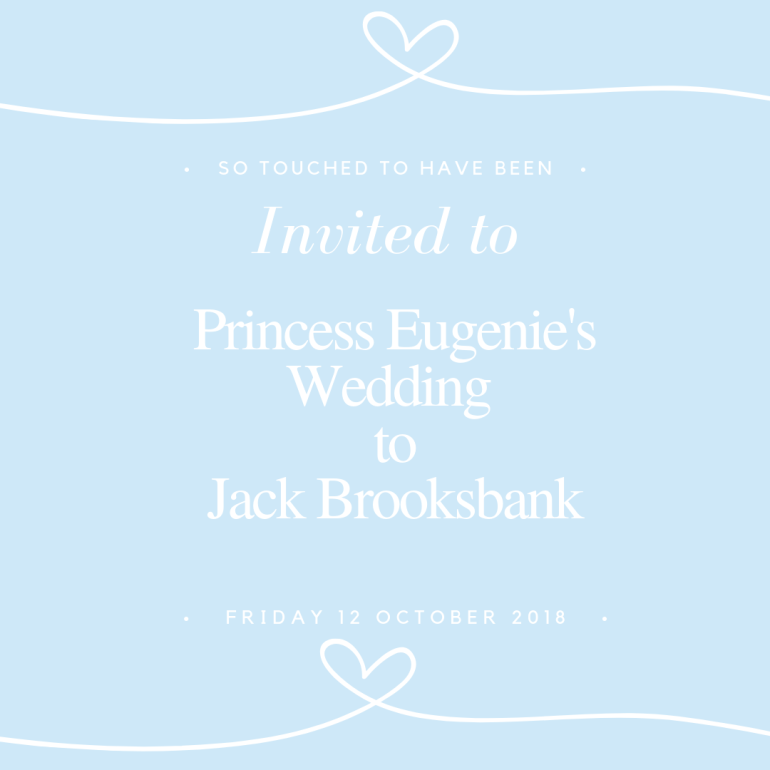 We were so  touched that the Princess had remembered Ella …

Ella, had 2 major spinal surgeries in 2014 to correct the massive curvature of her spine, known as scoliosis – scroll the photos to see the before and after.  Eugenie had had the same op when she was 12. My husband’s mother had written to the Princess explaining that Ella was about to have the same surgery and to our great surprise we received a reply.   The Princess’ very kind words to have courage and be brave gave Ella great strength before her op.  Eugenie wrote ‘I am now standing tall and have no problems with my back.  I run, I ski, I dance and I grew nearly two inches after my operation… It also makes you very interesting because you have gone through something that hardly anyone else has..’

Ella has indeed gone on amongst other things to run, we haven’t made the skiing yet, and to try her hand at surfing (braved it at St Agnes in the cold April sea this year, brrrrrr!).

Discovering that you have curve in your spine and that that is the reason why you are not standing straight is a devastating blow.  Knowing that something can be done about it is part of the acceptance.  Ella had a curve of 80 degrees, which is fairly severe.  If nothing had been done eventually her organs would have become compromised and she would have found it very difficult to breathe.  Fortunately, with the marvellous help of our NHS Ella underwent an initial 11 hour operation to insert titanium rods to straighten her spine.  This had to be aborted early as she had lost 4 pints of blood.  Having to tell your 11 year old daughter when she had come round that she would have to go back in to have the second rod inserted 3 days later was heartbreaking.  Her first words when she woke up from this first major surgery were ‘Will I be able to walk?’ were hard enough, but having to tell her this extra news was equally hard.

The risk of paralysis with this type of operation is high as the surgeons are working for prolonged periods on the spinal cord. In the operating theatre was a team of 13, including 2 surgeons and specialists  whose job it was to solely monitor Ella’s nerve responses constantly during the operation.  The dedication of our NHS is amazing and we were and still are in awe.

On the Friday Ella went back in to theatre for a further 6 hour operation to insert the second rod.  This op was successful.  She spent 2 weeks in hospital.  She was encouraged by the physios and other staff to get out of bed the day after her op – this was hard, but she did it.  About 10 steps and then back to bed. Over the weeks’ Ella was determined to recover quickly.  Her motivation was to start senior school with everyone else 6 weeks’ later.  She did it.  Going in to school for ½ days for a couple of days a week, building to full time over about 6 weeks.

When I look back now I am so proud of my wonderful daughter who hasn’t let this phase her.  She has grown in to a confident, normal 15 year old teenage girl. She is not vaguely bothered when we are on holiday wearing a bikini about her scars that run down her spine and around her side where the surgeons had to remove ribs to deflate her lung.  (As an aside check out my Insta post on suntan lotions – it is important to protect yourself with at least spf 50 to protect your scars)

For anyone facing a scoliosis journey I won’t pretend that it is easy. But, what I can say is that with support, both medical and emotional, you will get through this.  You will be stronger coming out of it and as the Princess says

‘It also makes you very interesting’.